13:45 - 14:15 MBE growth of III-V based materials and its applications to 2D/1D/0D structures and development of low-power consumption III-V on Si devices for Post-Si Era and single photon for Quantum computing,  Dr. Jin Dong Song

Scientists have pioneered the first stages of Si electronics, and now a new frontier in semiconductor electronics is arising. We will introduce contemporary issues associated with breaking new ground in the post-Si-era for semiconductors and discuss the research activities in the recently launched Post-Silicon Semiconductor Institute at KIST.

In this presentation, I will show MBE systems & activities with them in KIST and discuss probable co-works. 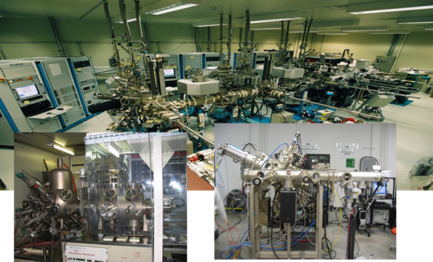 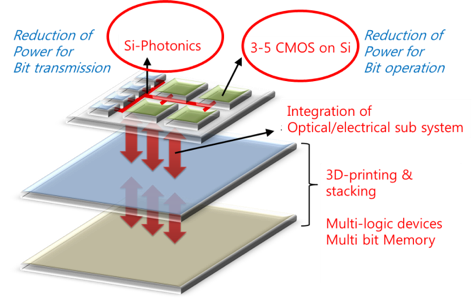 Figure. (a) Images of KIST MBE systems. (b) Schematics of the long target of the flag-ship program of PSI

Imaging and Displaying Technology for Visualization

Imaging is a creating images of otherwise invisible aspects of an object, especially of body parts. During my talk several imaging techniques practiced in my laboratory will be introduced for various types of applications. Imaging with UV, visible, IR spectrum, 3D and artificial photosynthesis will be interesting. Especially some new optoelectronic devices are developed to test new feasibility. Displaying is also important in that it enables to show some core information. 3D and 360 degree information display will be another interesting points of my talk.