A Petri net is a powerful tool for verification of networking protocols and performance evaluation of networks. A Petri net represents a directed bipartite graph, whose sets of vertexes are called places and transitions, supplied with dynamic elements – tokens. A colored Petri net of modeling system CPN Tools represents a combination of a Petri net and a functional programming language ML. The system contains facilities to model time characteristics and create hierarchical constructs via substitution of transitions. Compared to known systems for simulating networks such as Opnet, NetSim, and ns, CPN Tools possesses certain advantages such as: flexibility and vivid graphical representation. CPN Tools is a good choice not only for simulating networks with a purpose to estimate their performance but also for design of new networking technology. A library for modeling various networks is distributed via CPN Tools official site. It contains examples of modeling Ethernet, IP, MPLS, Bluetooth, PBB and other networks having reusable components.  The tutorial will cover basics of composing CPN Tools models with a case study for switched Ethernet, a technique for debugging models via tracing separate packets, and organization of simulation process on prolonged intervals of time. The advantage of our approach to modeling in CPN Tools consists in obtaining evaluations of characteristics directly in the process of simulation, without storing bulky initial statistical information. During the tutorial we consider composing measuring components for evaluation of the network bandwidth and such QoS characteristics as the packet delivery time and jitter. 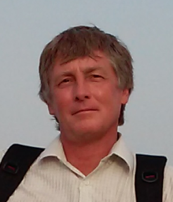 Dmitry A. Zaitsev (M’10–SM’11) received the Eng. degree in applied mathematics from Donetsk Polytechnic Institute, Donetsk, Ukraine, in 1986, the Ph.D. degree in automated control from the Kiev Institute of Cybernetics, Kiev, Ukraine, in 1991, and the Dr.Sc. degree in telecommunications from the Odessa National Academy of Telecommunications, Odessa, Ukraine, in 2006. He is a Professor of Computer Science at Vistula University, Warsaw, Poland since 2014. He developed the analysis of infinite Petri nets with regular structure, the decomposition of Petri nets in clans, generalized neighborhood for cellular automata, and the method of synthesis of fuzzy logic function given by tables. His current research interests include Petri net theory and its application in networking, computing and automated manufacture. Recently he started working in the area of exascale computing applying his theory of clans to speed-up solving sparse linear systems on parallel and distributed architectures. He was a co-director of joint projects with China and Austria. Recently he has been a visiting professor to Technical University of Dortmund, Germany on DAAD scholarship, to University of Tennessee Knoxville, USA on Fulbright scholarship and to Eindhoven University of Technology, Netherlands. He published a monograph, 3 book chapters and more than a hundred of papers including issues listed in JCR. He is a senior member of ACM. For more info please see http://daze.ho.ua