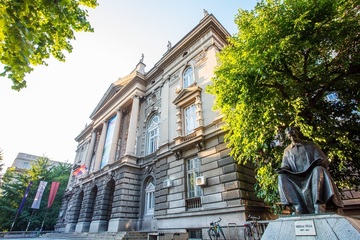 The Election Council of the School consists of teachers and assistants, who are employed with at least 70% of working time at the School. When electing a teacher, only teachers ranked in the same and higher title than the title in which the teacher has been elected have the right to vote.

The Dean is the President of the Election Council by function.

Calendar of sessions of the council

Sessions of the Election and Teaching-Scientific Council will be held once a month on Tuesdays (extraordinary sessions will be held, which will be scheduled later) according to the following schedule: